You would probably by now be aware of the benefits of solar energy on how they can reduce greenhouse gas emissions and how they have the potential to replace fossil fuels completely. But do you know how they have any impact on the economy? Read on to learn more about how they can benefit the economy. 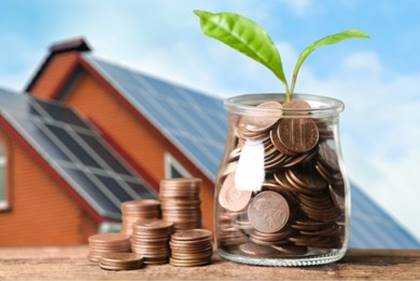 Home and reduce how much you end up paying for utilities over time. Some power companies also have the option for you to sell excess solar energy to the company. This policy is called Net Metering. For example, homeowners will be credited for the excess electricity produced by their installed solar panels. This kind of compensation will be given by the utility provider in the form of energy credits.

One way is you can build up these credits whenever an excess amount of electricity is produced normally during summer and use these credits in the months when the production is lower. In certain cases, at the end of every single billing month, the charges for the customers' electricity import and the energy credit charges are netted against each other.

There are many incentives offered by the state and the central government. solar tax credits and incentives can help you economically as well, especially on the cost of your solar system.

One of the main benefits includes lowering your utility bills. Solar Energy has created jobs for many people all over the world and supports families in the community that benefits everyone in the local economy. Solar jobs are increasing every year from research to installation. According to the International Renewable Energy Agency (IRENA), Most jobs have been created in a small number of countries, but employment benefits are showing up more widely, especially through the deployment of solar photovoltaic (PV) technologies. Asia accounted for 63% of total jobs in renewables globally. that global solar PV employment increased by 4% to reach 3.8 million jobs in 2019. The figure for India includes an estimated 95 000 jobs in off-grid solar PV. Bangladesh’s figure principally represents jobs related to off-grid deployments. 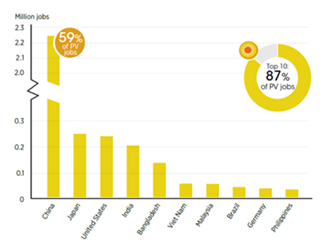 Power plants are always at a risk of releasing toxic pollutants into the environment. But solar energy doesn’t have any risk of releasing these dangerous materials during normal operations keeping the environment safer. solar power decreases our carbon footprint immediately upon installation. By using a renewable resource that does not require combustion or water used to produce energy, we can reduce our dependency on fossil fuels and lower the emission of greenhouse gases.

Improved efficiency is the key factor for the lower cost of solar panels. More mature cells like silicon are close to demonstrating their full potential, although still plenty of scope for improvement by combining with other materials in multijunction cells. Solar panel efficiency is a useful metric to determine how much power the solar panel can produce. Most solar panels are between 15% and 20% efficient in the market right now. High-quality panels that exceed 22% are also available in the market but the industrial standard, for now, is around 20% efficiency.

What determines the efficiency of solar panels?

The efficiency of the solar panel is determined by how much light it can absorb. Several factors add to the end conversion rate such as the material itself whether it is a monocrystalline or polycrystalline silicon or any other material like Gallium Arsenide etc. Reflection plays a role in how efficient the panel can be. Most silicon modules have layers that help avoid losses; they have anti-reflection coating to prevent reflection losses. Bus bars on solar cells that collect electrons and convert them to electrons also affect the efficiency of the solar panels. All in all, various factors can be tweaked to improve the efficiency of solar cells. More efficient solar panels like the ones mentioned above come with a higher price tag when compared to their other lower efficient counterparts. You would want to analyze that the cost difference is justified by the increased saving achieved by generating more electricity over the lifespan of your solar energy system.

Solar panel efficiency is just one aspect to consider when going for solar panels. It is important to keep in mind that just because a solar panel is most efficient doesn’t mean that it is the right candidate to install on residential rooftops. Several other factors should also be taken into account like the power rating, durability, and warranty.