The average lifespan of a solar panel being approximately 20 years, many installations from the early 2000s are set to reach end-of-life. So, it's about time for them to be recycled but the real question is will they be recycled? With the presence of heavy metals waste cannot be managed poorly. It is also a known fact that the value of the recovered materials after recycling is nothing compared to the original materials.

There is potential in the field of PV recycling. In a typical crystalline solar module, there are components like glass, polymer, solar cells themselves, Copper, Aluminum, and trace amounts of other metals. The largest contributor of the total weight is glass which is 75% followed by a polymer which is 10% and Aluminum which is 8%. Trace amounts include Silver, Lead, and Tin is present. 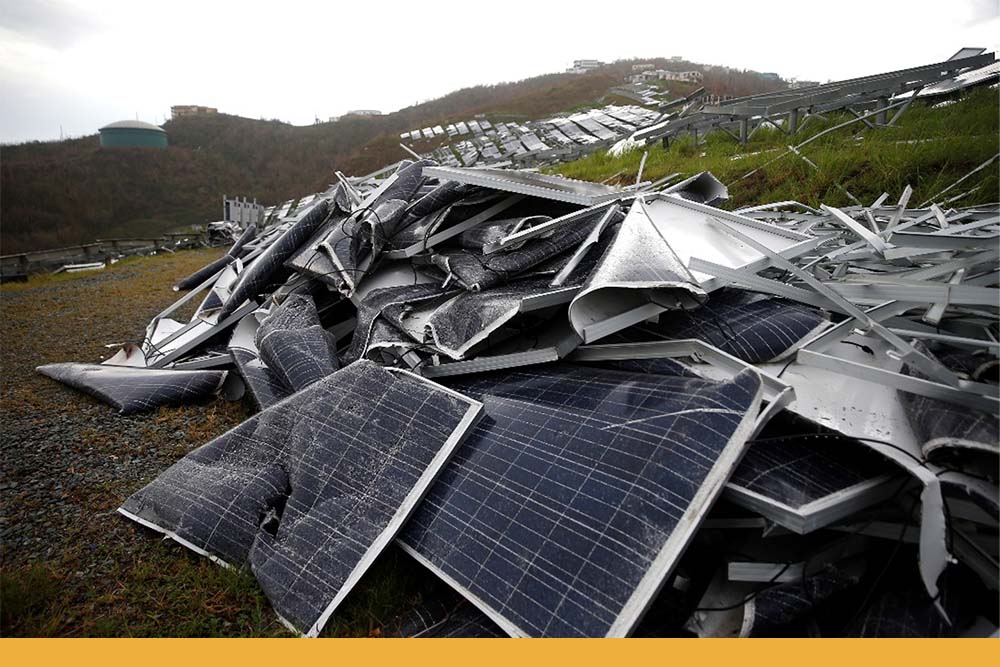 A second life for the panels

Solar companies try to reuse the materials from solar panels. It is considered to be the simplest and cheapest way to recycle and requires the least processing. For example, a used solar panel will cost sound half the price of its initial cost, and the components used in it might even be sold for less than half the price of used panels.  Panels only make up, at most, about half the cost of a residential solar array, with the other equipment and permits accounting for the rest. Given that used panels don’t generate as much electricity, the money saved by buying them might not be worth it. Used panels that can be resold are usually dumped into landfills. In the US many states are pushing for mandatory recycling for panel manufacturers. The European Union, meanwhile, requires manufacturers to collect and recycle used solar panels and fund research on end-of-life solutions for the technology they produce. 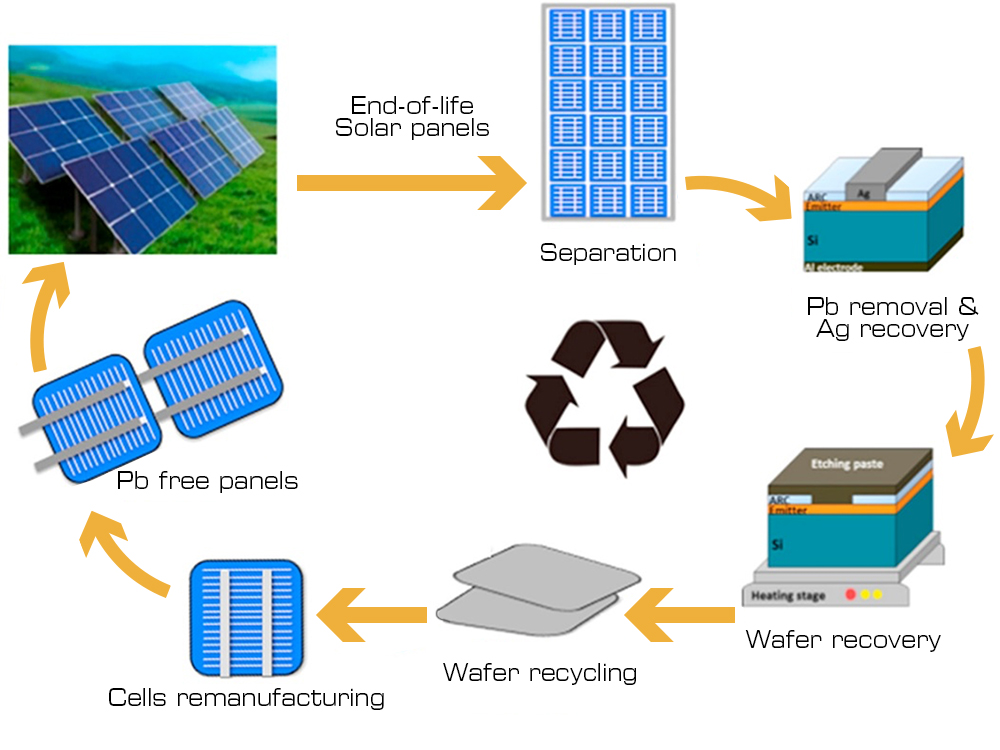 Figure 1: Summary of the recycling steps involved for solar panels

There are three main stages of PV recycling; (1) delamination, (2) material separation, and (3) material extraction and purification. Solar panels are largely recycled mainly by chemical, thermal and mechanical processes. The process starts with the removal of the junction box, wires, and frame. Then, the module is shredded, sorted, and separated. The separation of the materials allows them to be sent to specific recycling processes associated with each material. The process mentioned above is for crystalline silicon panels. a summary of the process can be seen in the figure below.

Figure 2: Summary of (mechanical and thermal) the recycling steps involved for c-Si cells

CdTe (Cadmium Telluride) solar cells are second-generation solar cells that are recycled a bit differently when compared to c-Si (crystalline silicon) solar cells. The process usually starts with the shredding of pieces into larger a then into smaller fragments. Then the semiconductor metals are slowly removed. Sodium hydroxide is used to precipitate the metal compounds, and the glass is separated so that it can be reused again.

Another method for Cadmium Telluride solar panels recycling includes physical fragmentation of small modules. After that, these small pieces are exposed to an atmosphere containing oxygen at 300°C. These conditions result in the delamination of the EVA. Subsequently, these fragments are taken to a 400°C atmosphere containing chlorine gas which causes an etching process. This step of the process generates CdCl2(Cadmium Chloride) and TeCl­4 (Tellurium Tetrachloride) that are condensed and precipitated afterward.

The methods described are few among the many. There are still methods that are being researched. The main issue or concern during the recycling process is the issue of impurity levels. For example, high-temperature thermal processes and mechanical processes can create impurities. Also, low-temperature processes that are used with specific mechanical or chemical steps can generate impurities as well. Hence, the ideal outcome can only be achieved with a combination of thermal, chemical, or metallurgical steps. Once these materials can be recovered without the impurities, they will have a higher value in the market which is one of the main obstacles related to the PV recycling industry.

For CdTe panels, the contribution of the recycling phase on the entire life cycle is minor 3 -4 % depending on chosen recycling method. Less electricity consumption results in fewer impacts. In comparison c -Si produced significantly higher impacts than CdTe. This is mainly because c -Si material separation utilizes more mass of chemicals than CdTe. The recycling of c -Si PV panels should primarily be planned to recover Ag(silver) metal.

In this way, more environmental impacts can be avoided, and the cost of remanufacturing can be reduced significantly. As for Cadmium Telluride panels, Glass is the most impactful element because it occupies about 94% of the CdTe panel and cadmium and tellurium are more expensive as they are rare earth metals. So, recycling methods should be focused on recovering these materials primarily in an environmentally friendly way. Reuse, repair, remanufacturing, and repurposing are expected to play key roles in the future to develop a circular economy model based on PV waste manufacturing.