Silver and its use in Solar technology

Silver plays a vital role in the production of solar cells that produce electricity. Silver is a significant PV panel material. Solar companies turn silver into a paste which later is used for busbars and contacts as an electrically conductive material. They conduct the electricity that is generated in the silicon layer using solar radiation.

Each cell produced today requires just a few milligrams of silver metal but this quickly adds up and studies have shown that with an increase in the growth of solar energy, the industry could exhaust much of the world’s known silver reserves by 2050. In 2022, the world reached a cumulative photovoltaic (PV) installed capacity of 1 TW, accounting for greater than 4% of worldwide electricity demand. Present mainstream PV does not use rare-earth elements, but abundant metals such as aluminum and copper, required for multiple clean energy technologies. Currently, silver is the most critical metal posing price and supply risks when PV production expands. In 2020, PV used approximately 12.7% of annual silver production. Many previous studies have highlighted that the current estimated silver consumption is too high to allow sustainable terawatt-scale production.

Currently, the recycling technology is lagging because the no of end of lie modules is too small and it's still not yet a profitable business. While the potential for recovering silver from PV modules is significant. With the current low collection and recovery rates, the recycled silver from PV modules can contribute only marginally to the silver supply for PV for quite some time. The PV community is working on addressing the silver issue, by substitution it with more abundant metals such as copper and aluminum.

Copper is the same as silver and can practically be replaced with silver but it still has reliability challenges that need to be solved before the panels can be mass manufactured. When it comes to aluminum. It has a lower conductivity nevertheless it can be used as rear contact which requires passivation at the backside. Comparing technologies like PERC (Passivated Emitter Rear Contact) /TOPCON (Tunnel Oxide Passivated Contact) /SHJ (Silicon Heterojunction cells) cells, PERC has a screen printed Al contacts with a passivated back surface field whereas, for TOPCON solar cells, there will be an n+ polysilicon layer with SiN (Silicon Nitride) passivation layer with Ag contacts in the rear side. SHJ cells on the other hand have an indium tin oxide TCO layer with screen-printed Ag contacts.

Information on the projection demand for silver can be found in this latest paper “The silver learning curve for photovoltaics and projected silver demand”. Studies have projected that only ~2.6 kt/year will be required if PERC remains dominant. However, with the future expansion of the PV industry, there will be an increase in the annual silver demand, particularly if there is a transition to silver-intensive n-type technologies. The paper also shows that the current increase in adapting to high-efficiency technologies like TOPCON and SHJ greatly increases silver demand which might create supply risks. Figure 2 shows the annual silver demand for the PV industry in kilotons/year. The graph shows the technology dependant silver consumption and market share with data from IEA, the world bank, the silver institute, and silver survey. 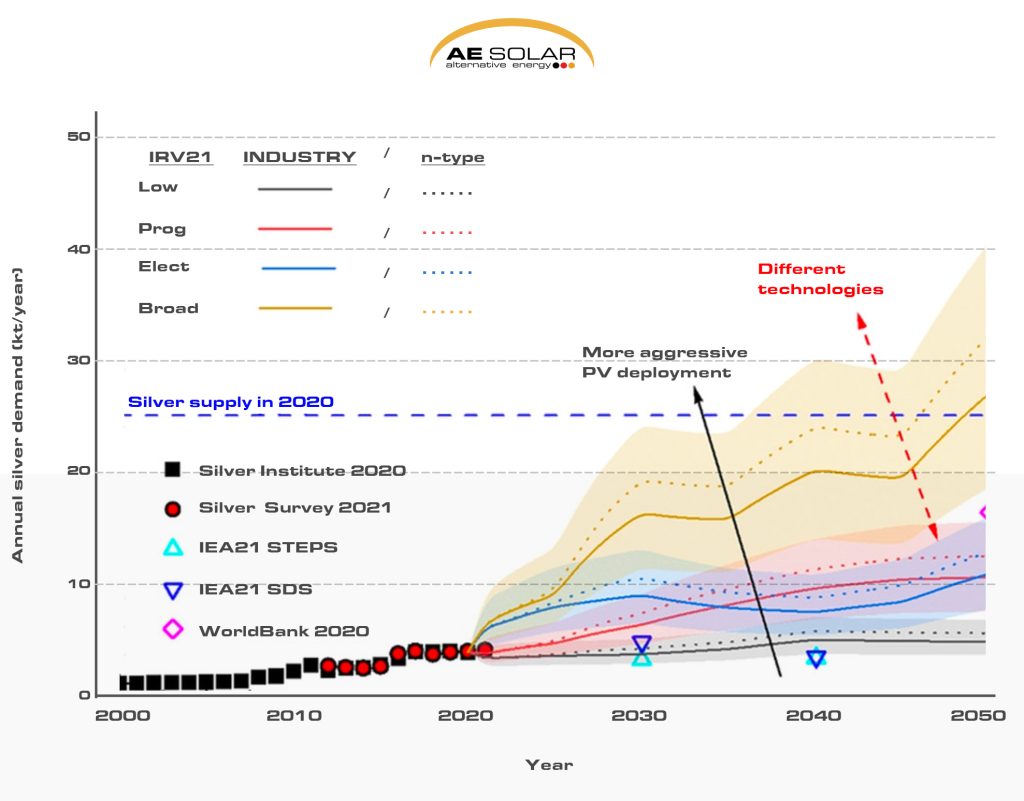 Figure 2: Historical and predicted annual silver demand for the PV industry-based scenarios presented in the 2021

Source: The silver learning curve for photovoltaics and projected silver demand for net‐zero emissions by 2050

In conclusion, recycling old solar panels could be the best method to provide a source of silver material although further investment and research are still needed in this area. To understand the current method of recycling solar panels available in the market and the challenges, you can take a look at this article “ Solar Panel Recycling”. This article will give you an overview of the current existing technologies for recycling crystalline and thin film solar cells.