Despite the covid -19 pandemic that has caused the worst global economic crisis since the great depression, the global PV market grew significantly in 2020. At least 139 GW of PV systems have been installed and commissioned in the world last year. The total cumulative installed capacity for PV at the end of 2020 reached at least 760 GW which represented an 18% more growth when compared to 2019. The good news is that the competitiveness progressed further in 2020 which resulted in being superior to fossil fuels in terms of investment.

The Global PV market is still dominated by Chinese manufactures that made a comeback in 2020 after two years of a market slowdown. China remains the leader in terms of cumulative capacity with 253,4 GW installed, almost one-third of the global PV installed capacity.  The graph shows the top 15 countries that contributed to the PV market in 2020, With China taking the lead and followed by the US. The US market saw its market increasing to 19,2 GW; a new record, with utility-scale installations accounting for about 73% of the new additions followed by Vietnam with an impressive annual installation of 11 GW. Japan ranks fourth, with an estimated 8,2 GW annual installed capacity.  Some other key markets contributed significantly to new additions in 2020, such as India (close to 5 GW, but insignificant decline compared to last year), 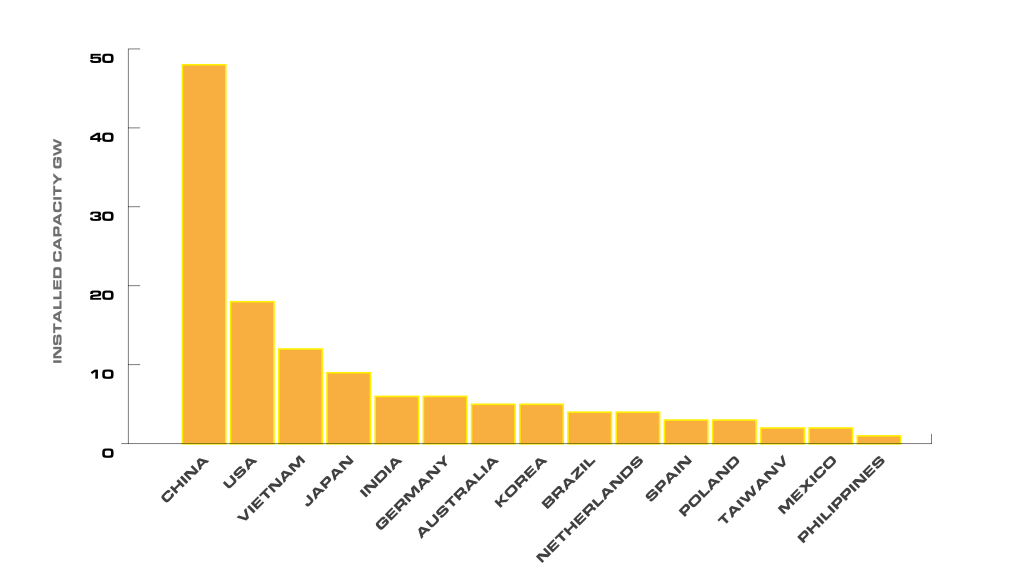 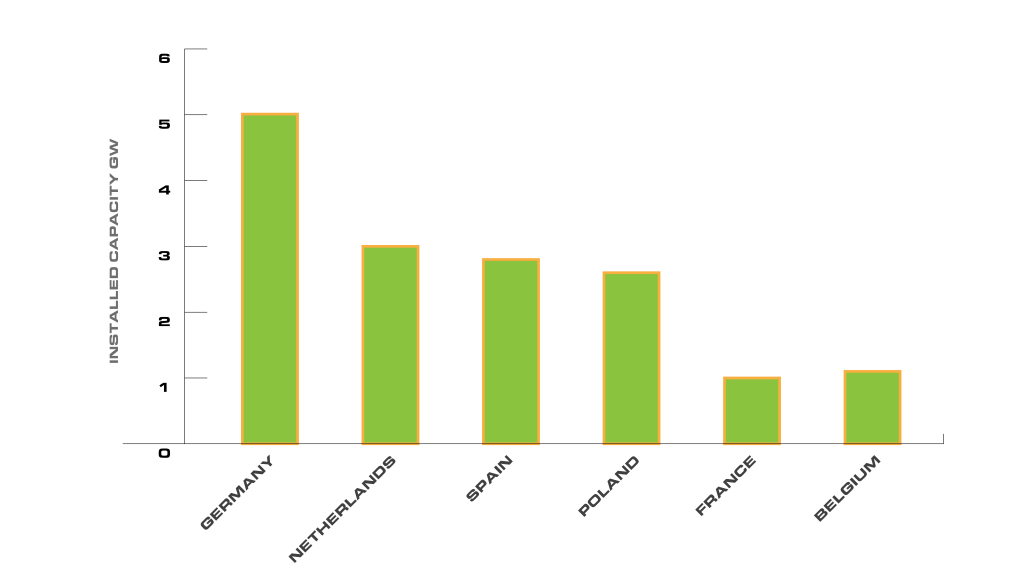 In 2021 the pandemic affects the solar PV market especially in India and also due to the supply shortages of silicon there was also a rise in the prices of the silicon wafer, cell, and module as the demand rose in the first half of 2021. Despite the various price increases along the solar value chain and the continued negative impact of COVID-19 and its variants, It is expected to see that solar growth by the end of this year will be up to 163 GW. It is predicted that in the upcoming years, China will still hold the highest PV market share of 34% which will gradually increase up to 38% in the world in the next following years.

The main driver for solar growth in Europe is the EU, which has ambitious Climate targets and has been working on various policies towards carbon neutrality by 2050 with intermediate goals for its member states in 2030. In the EU 23 out of 27 members including all the largest market in Europe is set to install more solar panels than compared to previous years. Europe’s largest market, Germany is supposed to add 6.2GW by the end of 2021.  Solar in the Middle East and Africa region is gaining strength in 2021. The graph below shows the evolution of the global annual report of PV market shares by 2025. After China, Europe coming behind with a 19% market share and the Americas with a 21% share by 2021. It is also expected that the other major American market, Brazil is expected to boost newly installed solar capacities by 16% to 3.6 GW. Asia-Pacific, all other regions are assumed to grow their market shares by about 1 to 2%. 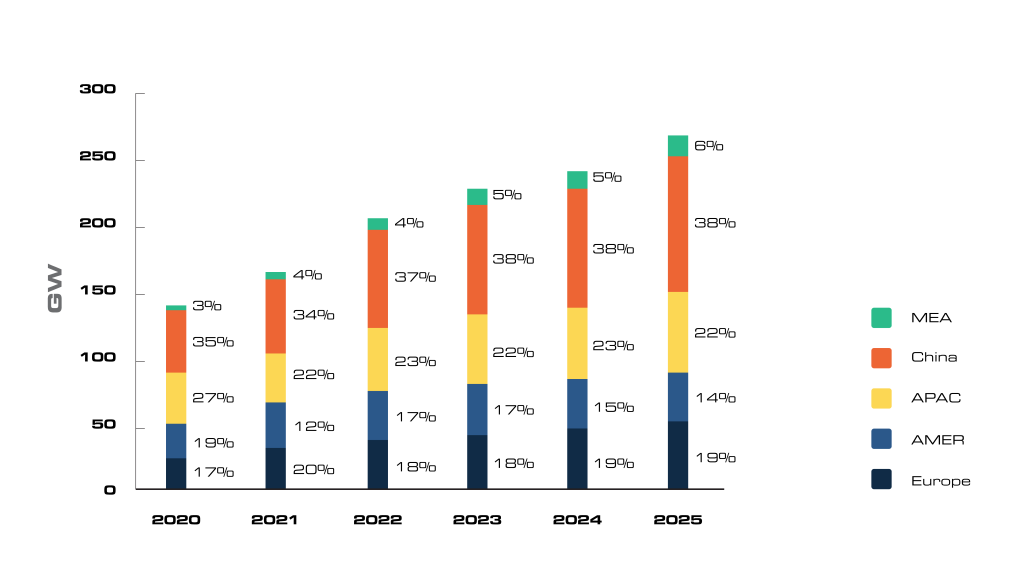 2021 is coming to an end and it has been predicted that the next four years will be a very good period for solar developments all over the world. With the world recovering from the pandemic, strong growth will be seen in countries like China and India as many of the projects that were postponed in 2021 will be carried over in 2022. India is expected to reach its 100 GW on-grid solar capacity target in the upcoming years. Strong demand will continue in the European Union, where new policies will be widely used to support solar as the region begins to look at how to reach its new, higher renewable 2030 targets.

Solar energy is seen as not just a solution that can help mitigate our impact on climate change it also contributes to the reliability of the electricity grid in the face of increased natural disasters that become more frequent with climate change. The contribution of the PV market to decarbonize the energy sector is progressing with PV saving as much as 875 million tons of CO2 but it is not fast enough. Much needs to be still done to reduce greenhouse gas emissions and limit the rise in global average temperature to well below 2ºC above pre-industrial levels.