HOW MUCH POWER DOES A SOLAR PANEL PRODUCE?

Before investing in solar, each customer will have to consider whether the switch is genuinely worth it. That typically comes from estimating the amount of energy that solar panels can provide and assessing whether that amount is sufficient to meet the long-term demands of a building that previously relied on other sources of energy. But before you can understand How Much Power a Solar Panel Produces you must understand How Solar Panels Generate Energy.

When the sun shines on a solar panel, energy from the sunlight is absorbed by the PV cells in the panel. This energy creates electrical charges that move in response to an internal electrical field in the cell, causing electricity to flow.

The output of solar panels

When it comes to power production, the most important thing to look at is the wattage, or power rating, of the panel. The wattage represents a solar panel’s theoretical power production under a specific set of lab conditions (ideal sunlight and temperature conditions), called standard test conditions.

Solar panel output is expressed in units of watts (W), which is the unit used to measure power production. Wattage is calculated by multiplying volts by amps, where volts represent the amount of force of the electricity and amperes (amps) refer to the aggregate amount of energy used. The higher the wattage of a panel, the more electricity it can produce.

In 2022, most solar panels on the market have a power output of between 250 and 400 watts. These solar panel output figures may be found in your solar installation quote next to the name of the panel, such as '300W' or '345W.' They are all referring to a solar panel’s wattage, capacity, and power output.

The Different Kinds of Solar Panels

To understand solar panel output further, you need to know what type of panels are used. The type of solar cells used, for example, influences the wattage of a panel.

Monocrystalline solar panels have a high-power output, occupy less space, and last the longest. Of course, that also means they are the most expensive of the bunch. Another advantage to consider is that they tend to be slightly less affected by high temperatures compared to polycrystalline panels. This is why most solar panel manufacturers use monocrystalline solar cells.

Polycrystalline solar panels are made by melting raw silicon, which is a faster and cheaper process than that used for monocrystalline panels. You can quickly distinguish these panels because they have squares, their angles are not cut, and they have a blue, speckled look. 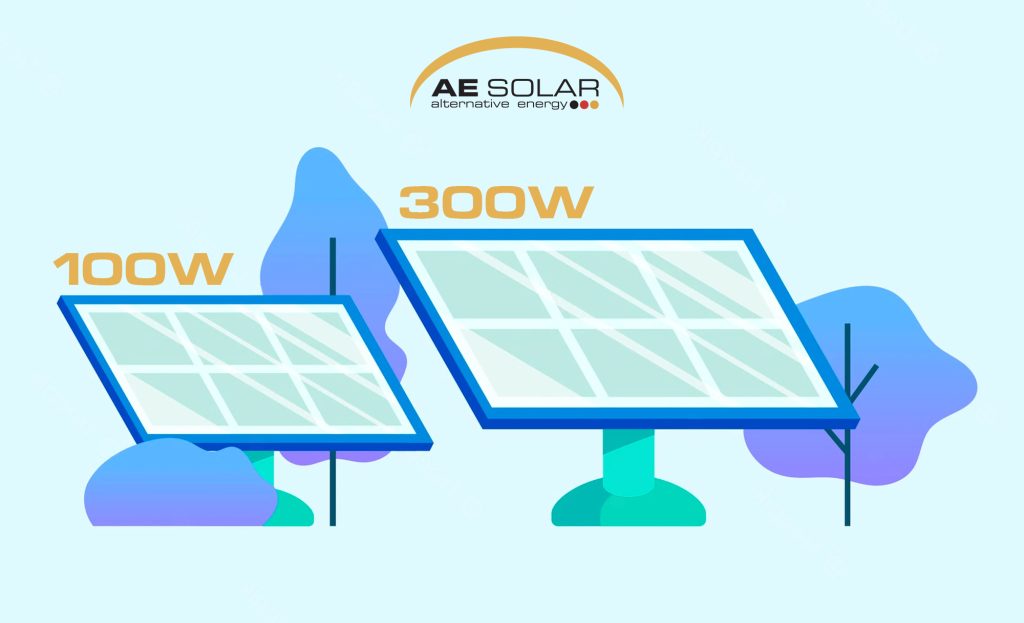 Thin-film solar panels are made with a combination of different materials, including a small amount of silicon. They tend to be the least efficient and have the shortest lifespan, but they tend to be the most affordable.

Factors that Affect the Production of Electricity from Solar Panels

Now you must comprehend There are several factors that affect the amount of power that will be produced by a solar panel. These include solar panel size and features, cell efficiency, and sunlight availability. Let’s assess each factor separately to understand them a bit better.

Efficiency and Output of Solar Panels

On the other hand, 72-cell solar panels are larger due to the additional row of cells, and their average output is somewhere between 350 and 400 watts. 72-cell panels are usually used on larger buildings and in commercial solar projects, not on residential homes. 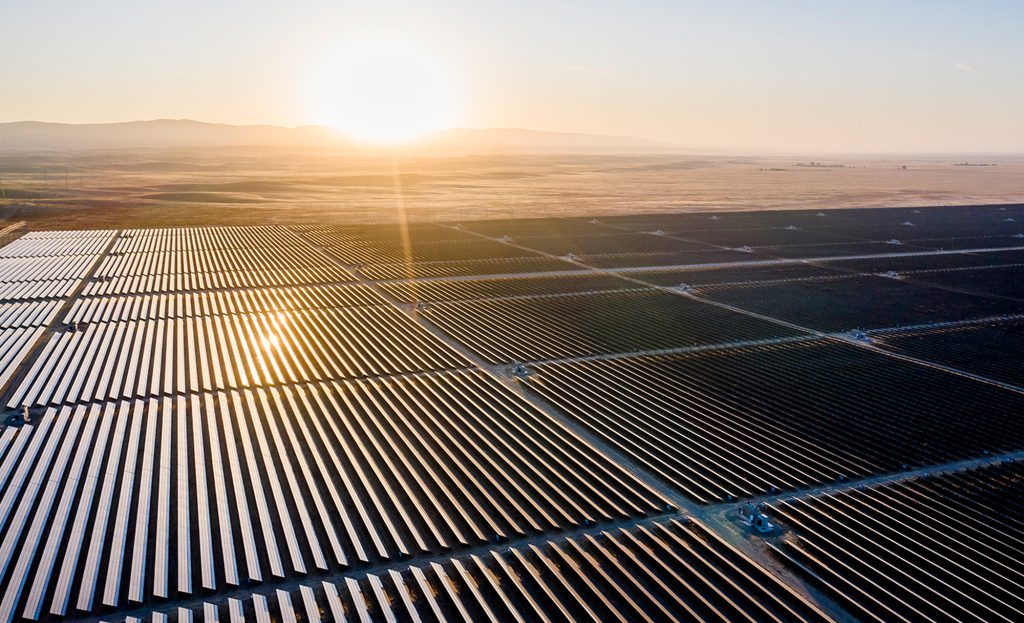 The amount of electricity your solar panels will produce may vary depending on where your home is situated. Hours of sunlight, on the other hand, simply refer to the amount of time your panels are exposed to sunlight per day (or year). The more hours in the sun, the higher your actual output will be. The more sunlight there is in your area, the more electricity your solar panels will generate.

In the real world, there are a few more things that impact how much power a panel will actually produce:

Your solar panels' output will decrease if they are shaded. This is because, as a shadow is cast over a panel, the amount of sunlight reaching the surface is reduced. influencing your PV modules' power output

The solar panels' orientation also affects production. Ideally, your panels should be positioned with the sun directly overhead. In reality, roof planes are rarely precisely oriented for maximum output. Even the slope of your roof might affect how much electricity is generated. Due to the sun's location in the sky, south-facing roofs often produce more electricity.

The time of year also impacts the production of solar energy. During the summertime, there is more sunlight available, resulting in more power. However, remember that solar panels operate on light, not heat. They will still produce plenty of energy during the winter.

How to determine how much electricity a solar panel can produce?

We've already established that a variety of variables will affect how your solar panels produce electricity. Therefore, in order to keep things simple, we'll simply consider a few factors for the example below, including: