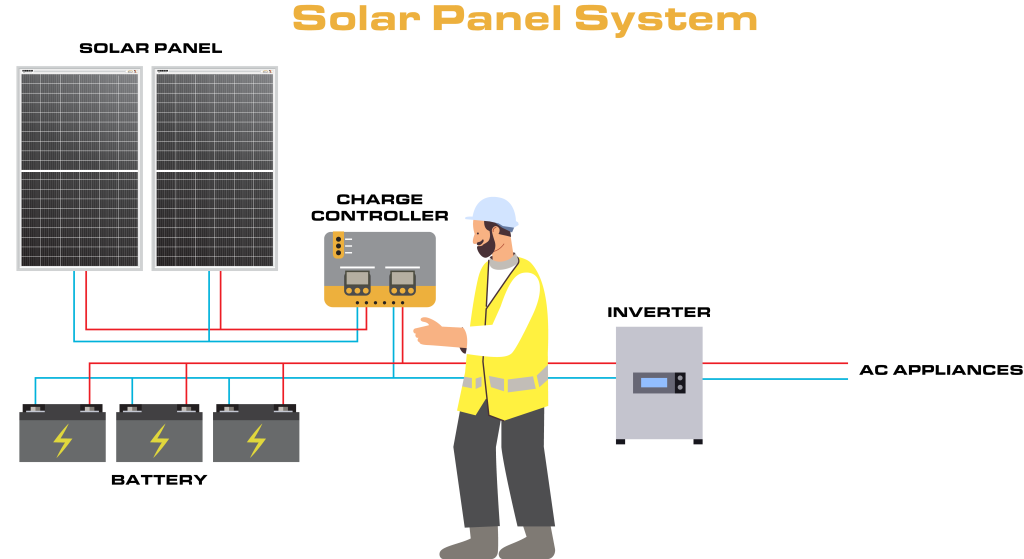 The most important thing to know when trying to get an off-grid solar system is how much electricity is being consumed throughout the day and year. Getting this right is the most important step to start with.
Once the yearly and daily estimation of energy is done, then setting up the solar panels is the next step. Setting up at the right angle is an important factor. Choosing the right area to prevent excessive shading and to ensure proper access and passive cooling for your solar panel can more than double the efficiency of your solar panels over their lifetime.

You will need to size your solar system so that it can produce enough power to cover your winter and summer needs, which often means most of the year you will be producing more power than you can use. No system is 100% efficient same way solar systems are not 100% efficient.

Energy is measured in kilowatt-hours (kWh). To determine how many kW of solar panels are needed the first step is to determine how much energy you are using. After measuring the kWh for different appliances, it should be calculated with the no of hours it operates throughout the day. One thing to remember is that the daily energy will fluctuate throughout the year as during winter you may use the heater for much longer. Knowing how your power usage varies session ally is extremely important for off-grid solar because solar power production also changes throughout the year.

So, it is easy to over or undersize your system if you only use a yearly average to plan for your system. For off-grid systems, it is better to have a table for summer, winter surge load, peak demand, etc.

Batteries are an essential part of the off-grid solar system. They store excess energy and can be used in the case when the system doesn’t produce enough power to run the loads. They also help level out power consumption between sunny days. All off-grid inverters are designed to be used with a specific nominal DC battery voltage of 12V/ 24V or 48 V depending on the sizing of the system. This is the most common one available.

Battery capacity is measured in kWh (kilowatt/hours) it is the total amount of energy a battery system can store. The exact math for sizing your battery system is based on your daily power usage and the battery type.

The two main batteries for off-grid are Lead Acid and Lithium. Lead-acid batteries are sensitive back in the day they needed to be recharged every day today there are different types of lead-acid batteries that need to be recharged every day, where Lithium batteries can stay at a partial charge without any adverse effect. Depending on the budget, Ambient temperature, and seasonal factors the sizing of the battery can vary as these factors play a role. 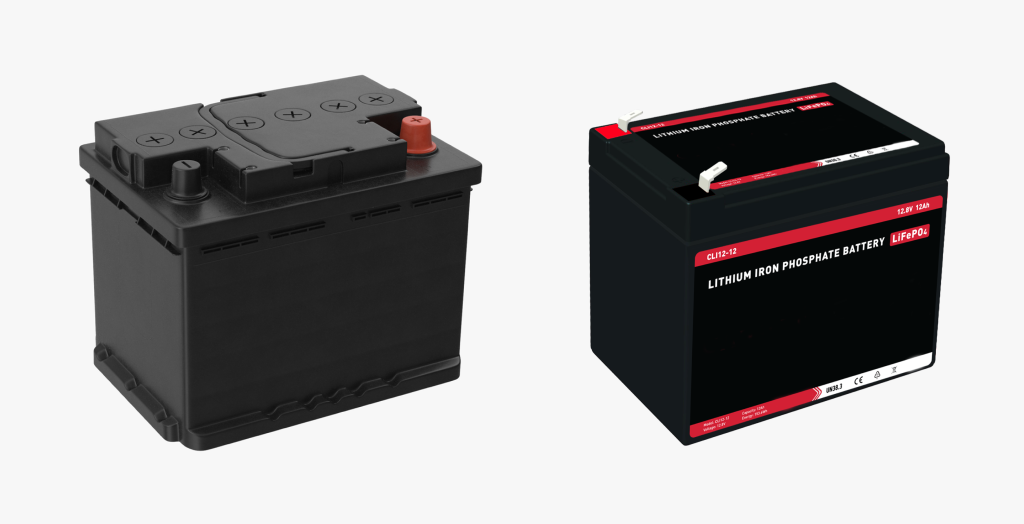 First is the inverter’s output voltage which corresponds to the nominal load voltage of 240 V in Europe. Inverters are available from 1kW to 16kW most off-grid homes would require somewhere between 4 kW to 8 kW. The solar charge controller built into the inverter will be an MPPT tracker (Multiple power point tracker) or a PWM (Pulse width modulator). With a PWM controller, the current is drawn just above the battery voltage whereas for MPPT controllers the current is drawn at maximum voltage.

PWM is a good option for small systems and small solar systems and it is much more compact and is available at a low cost.

The MPPT controller is a good option where the solar array IS large that is it can handle high voltage inputs. Off-grid inverters are much more sophisticated and come in a wide range of available options in the market. Assessments have to be done carefully to make sure the system is sized correctly so that it functions without any failure.

Figure 3: inverters in a solar farm

This isn’t a technical guide on how to install off-grid solar systems rather this article will give you an idea when it comes to the components and the sizing of the off-grid solar systems. Some of the key considerations mentioned above would include. The daily energy consumption, and peak load consumption, when it comes to setting up solar panels one needs to consider the location, climate, shading, and also other backup power options too. 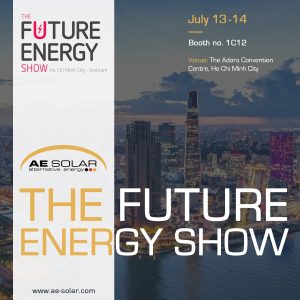