How Does Solar Panel Create Energy

A solar panel consists of small solar cells arranged in series and parallel. A solar cell is a small electronic device that converts sunlight into electricity. Light shining on the solar cell produces both a current and a voltage to generate electric power. When the light hits solar cells electrons and holes are generated, and the high-energy electrons from the N-type material are collected into an external circuit before it gets recombined again with the generated holes in the solar cell. This process is called the photovoltaic effect. Figure 2 shows a simple P-N junction semiconductor material connected to an eternal load. The photovoltaic effect is closely related to the photoelectric effect. For both phenomena, light is absorbed, causing the excitation of an electron or other charge carrier to a higher-energy state. A variety of materials are used in photovoltaic energy conversion but usually, in practice, these materials are in the form of a PN – junction semiconductor material. The semiconductor material is often silicon, from group IV in the periodic table. By adding impurities to the material, it will either become a p-type or an n-type semiconductor. In the N-type material, electrons participate in conduction. In the P-type material, not enough electrons are present to create covalent bonds thus creating holes. holes in this case are nothing but empty places where there are no electrons, also known as electron holes. 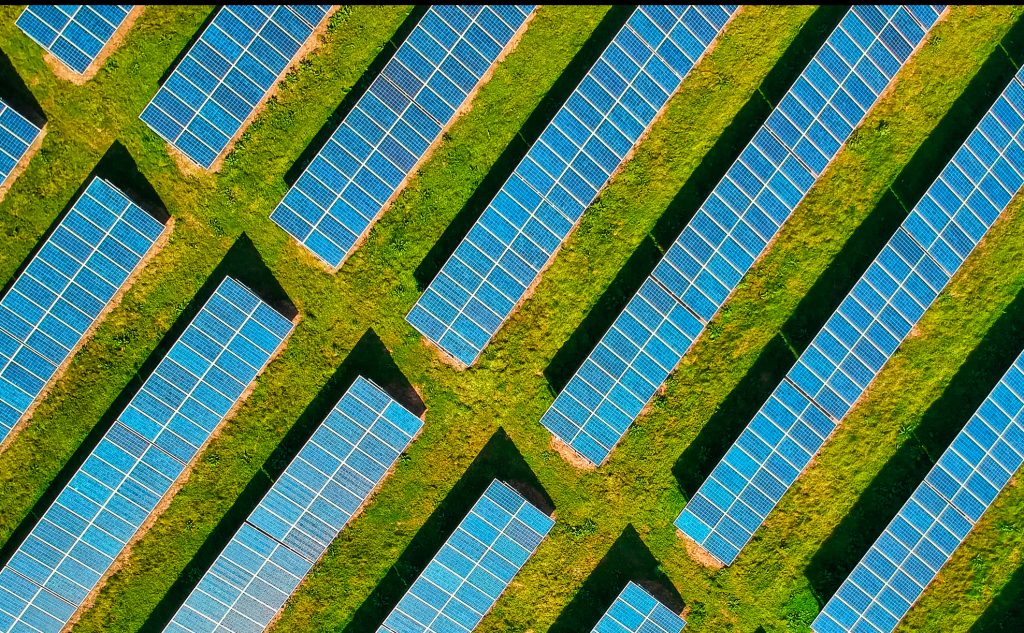 Important steps in the operation of the solar cell include

The generation of current involves two processes. The first part is the generation of electron-hole pairs by the incident photons. However, the stimulated electrons and holes are meta-stable and will only exist, on average, for a length of time equal to the minority carrier lifetime before they recombine. If the carrier recombines, then the light-generated electron-hole pair is lost and no current or power can be generated. The second process is the separation of these carriers. This is done by connecting an external circuit to the solar cell. The excited electron crosses the external circuit, and the generated hole crosses the junction barrier to recombine with the traveled electron.

Figure 2; Illustration of a solar cell with p and n junction connected to an eternal load under illumination

A PV module consists of individual solar cells electrically connected to increase their power output. A PV module consists of several interconnected solar cells encapsulated into a single panel/unit. Many different types of PV modules exist, and the module structure is often different for different types of solar cells. The most common modules have either 60 cells or 72 cells with three bypass diodes. 60-cell modules were originally designed for ease of handling in residential applications and heavier 72-cell modules for large utility installations.

The solar cell I-V Characteristic Curves shows the current and voltage (I-V) characteristics of a particular photovoltaic ( PV ) cell, module, or array. The power delivered by a single solar cell or panel is the product of its output current and voltage. Photovoltaic panels can be wired or connected in either series or parallel combinations, or both to increase the voltage or current capacity of the solar array. When the panels are connected in series the total voltage across the array is increased. When the panels are connected in parallel the total current output increases. The I-V curve contains three significant points: The maximum Power Point, MPP (representing the maximum power point of the voltage and the maximum power point of the current), the Open Circuit Voltage, and the Short Circuit Current. The I-V curve of the solar cell depends on module temperature and irradiance. An increase in irradiance leads to an increase in voltage and current output.

Typical values for these parameters for a silicon solar cell will be as follows. Short circuit current = 35 mA/cm2, open circuit voltage up to 0.65 V, and FF in the range of 0.75 to 0.80. The efficiency generally ranges around 15% - 20 %. All these parameters will be mentioned in the datasheet given by the manufacturers. 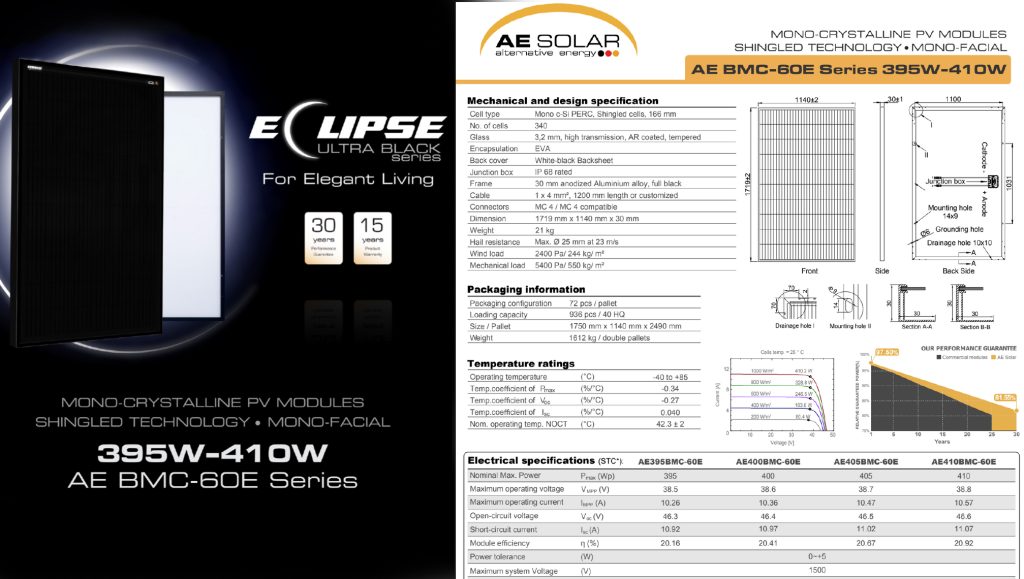 Figure 4 shows one of the wide range of products offered by AE Solar. The Eclipse series is a range of monocrystalline panels available starting from 395 W and has a maximum power rating of 410 W with efficiency ranging from 20.16 to 20.92%. More features and information about the product can be found in the datasheet.

Today rapid technological advancements have pushed the limits of what solar cells can do now in terms of power output, the total efficiency of individual cells, and also in terms of manufacturing processes with new innovative ideas and research solar cells can produce much higher efficiency and power output compared to cells that were available 20 years ago. With more and more people choosing to install photovoltaic systems, the solar technology industry is growing rapidly and with countries trying to switch to green energy rapidly the future of solar energy looks brighter than ever.