The solar market in recent years has been surpassing expectations in terms of rapid cost reductions and rapid growth rate. There has been rapid growth in the installations all over the world. According to the, recently published study Europe Solar Photovoltaic (PV) Power Market Outlook, the cumulative installed solar photovoltaic (PV) capacity in Europe reached 151.7GW at the end of 2020, which is а 10 per cent increase compared to 138GW at the end of 2019. The European solar sector anticipates that it will take until the end of 2022, for the solar PV systems demands to be compensated for the delay in installations due to the covid -19 pandemic. 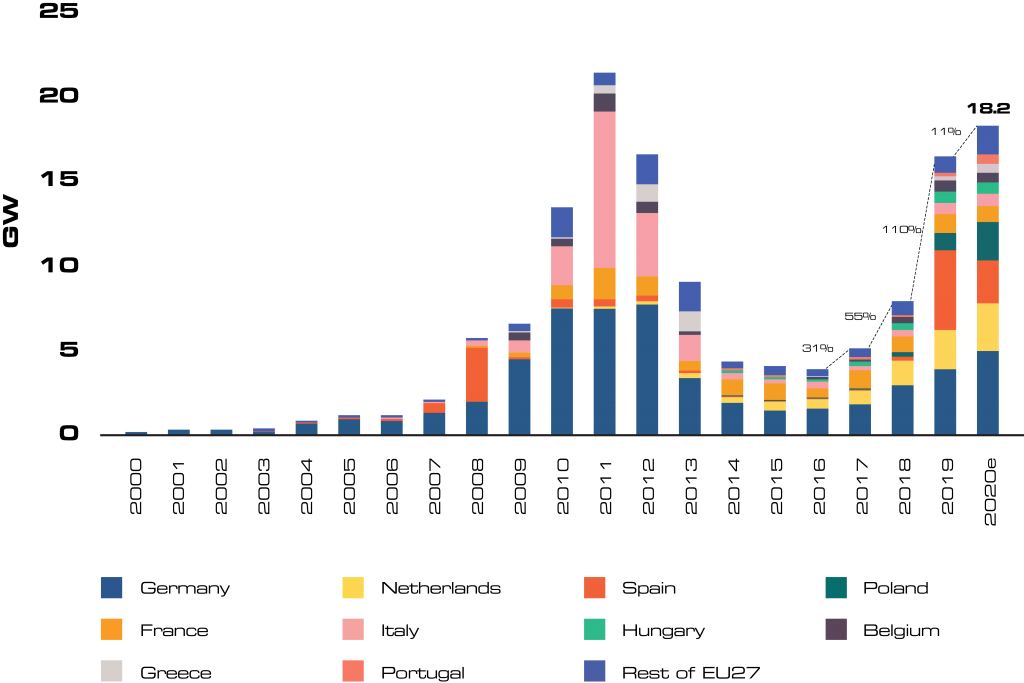 In central European region, Germany was the largest market in 2020, adding 4.8GW new capacity which means that the country saw its installed PV power increase by around 1 GW more than in 2019, when annual PV additions hit 3.94 GW. In 2018 and 2017, new capacity totalled 2.96 GW and 1.75 GW, respectively. The reason for this new boo is because of the increase climate awareness, significantly lower solar technology prices, improved subsidy conditions and a   demand for more independent striving condition.  Poland had reached 3.9 GW of cumulative solar capacity by the end of 2020, 1.3 GW at the end of 2019, and just 486 MW at the end of 2018. The exponential growth recorded last year was mainly due to the growing number of grid-connected solar parks. By the end of 2025, it is predicted that Poland will add up to around 2 GW per year with a total cumulative capacity of 14.93 GW. 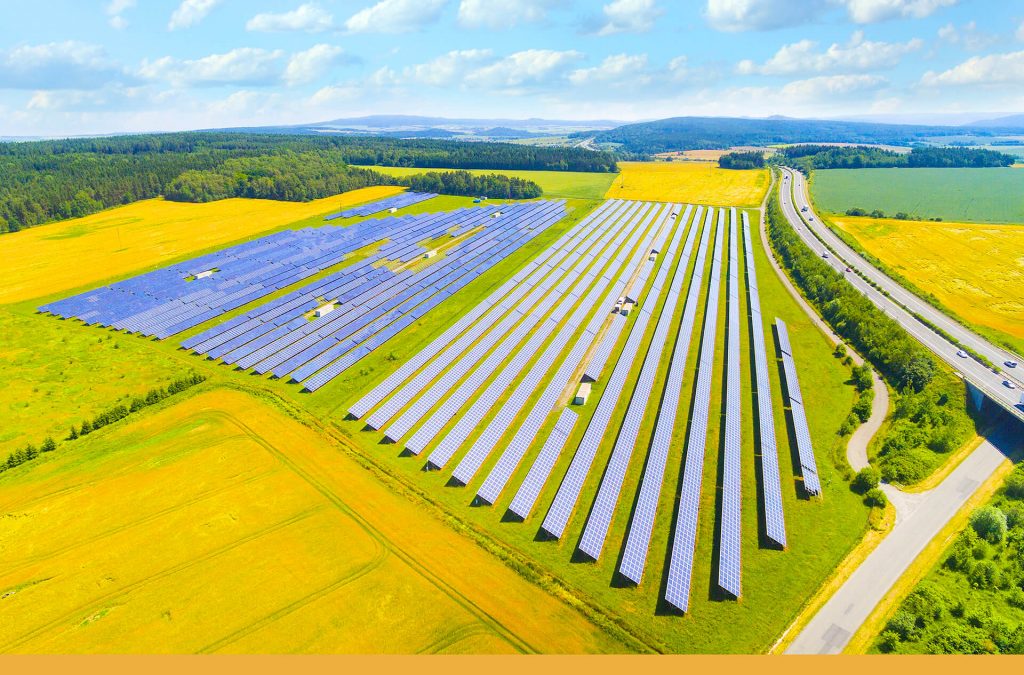 Poland expects its power capacity to increase by at least 200 megawatts (MW) annually in the upcoming years thanks to its incentives for smaller electricity consumers. Solar power in Hungary is rapidly advancing, despite significant lagging behind most of the European states. Hungary currently has a capacity of 2 gigawatts (GW) solar capacity.

The government has set a year-by-year roadmap and has ambitious plans to expand its solar capacity to nearly 6,500 megawatts (MW) by 2030 and almost 12,000 MW by 2040. The goal is to increase the rate of carbon-free electricity production to 90 per cent by 2030, relying on nuclear and solar energy to reach this target. The solar PV deployment in 2020 was 1920 MW. According to the latest statistics published by the International Renewable Energy Agency, Slovakia had around 531 MW of installed solar power generation capacity at the end of 2019. Several utility scale solar projects are being developed in Czechia and many more large-scale projects under development. According to the International Renewable Energy Agency, Czechia had 2,073 MW of installed solar power at the end of 2020, 13 MW less than it had at the end of 2019.

Renewable energies are of major importance in Austria. Austria is said to be a dynamic environment, whether with respect to solar energy, wind power, hydropower, or bioenergy.  In 2020, Austria’s new government promised a 1 million photovoltaic roofing program as part of its plan to achieve climate neutrality by 2040. PV in Austria remained quite low, with a market below 100 MW until 2011 but then later it progressed faster. Solar energy in Austria is currently booming. In total approximately up to 15000 projects were installed in 2020 totalling up to 332 MW.  According to the National Energy and Climate Plan, Austria's power production target from solar photovoltaic (PV) is expected to be 2 TWh in 2030, 3 TWh in 2040, and 5 TWh in 2050.  Solar power in Switzerland has been growing rapidly in recent years due to declining system costs and a feed-in tariff instituted by the Swiss government. Total annual installed capacity in 2019 was 2498 MW. Almost 50% more solar panels were put up in Switzerland in 2020 than in 2019, according to statistics External link released by the Swiss industry association Swissolar. They now provide enough energy to power over 4.7% of Switzerland’s entire energy consumption, up from 3.8% in 2019.  Even with the increasing installation of solar panels Switzerland remains far from its target of shifting away from non-renewable fuel sources where the electricity sector is mostly carbon free but more than 25% comes from nuclear energy.

The main reason for Solar’s success in Europe is its low cost. Solar power is often cheaper than any other technology today  this is true for retail electricity and, increasingly, wholesale power as well. With the steepest cost reduction curve ahead, solar PV’s competitiveness will increase further. Despite Solar’s popularity and its enormous potential, many parts of Europe are still very much at the beginning of the solar age. While solar in many of European countries is now on the right path, it will take further efforts to establish sustainable leadership in this clean power technology, especially as Europe now strives to become the world’s first climateneutral continent by 2050.